Who Are Those Guys? ~ James Coburn 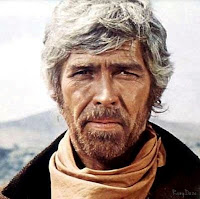 James Harrison Coburn III was born in Laurel, Nebraska on August 31, 1928. He appeared in more than 80 films throughout his career. He was most often recognized for his gritty, masculine roles in films like “The Magnificent Seven”, “The Great Escape”, and “Major Dundee”. His popularity waned in the 1970s, and in the 1980s he was sidelined by rheumatoid arthritis. Overcoming the crippling effects of arthritis, Coburn made a comeback in the 1990s, eventually earning an Academy Award for his performance in “Affliction”.

Coburn grew up in Compton, California, where his family had moved after leaving Laurel, Nebraska. His first acting role came early, when he was four years old, playing Herod in a school play. In his teens, he worked in a movie theater performing various roles from janitor to ticket taker. From those inauspicious beginnings, he went on to study acting at Los Angeles City College and the University of Southern California. In the early 1950s, Coburn served in the military. Stationed in Texas, he worked as a public information officer.

In 1955, Jim finished his military duty and promptly moved to New York City where he studied acting with master teacher Stella Adler. His experience there included stage plays and appearances in episodes of the dramatic television series ‘Studio One’and ‘General Electric Theatre’. After a few years in New York, Coburn returned to Los Angeles where he continued to work in television. He had roles on ‘Wagon Train’, ‘The Rifleman’, and ‘Alfred Hitchcock Presents’.

In 1959, Coburn made his film debut in “Ride Lonesome”. This taut, well–written, B–Western has earned a reputation as one of the best examples of the genre. Coburn turned in a memorable performance as Whit, a dim–witted outlaw seeking a pardon by helping to turn in a fugitive. That same year he had another supporting role in the minor Western “Face of a Fugitive”.

In 1960, Coburn became a star with his role in the classic Western directed by John Sturges, “The Magnificent Seven”. Appearing onscreen with superstars Yul Brenner and Steve McQueen, Coburn held his own as Britt, a knife–wielding mercenary. Even though he had only a few lines, Coburn exuded a cool menace as one of the seven men hired to protect a village from outlaws. Coburn went on to play roles in several other films directed by Sturges, including the World War II epic “The Great Escape”.

In 1966, Coburn starred in “Our Man Flint”, a satirical spoof of James Bond films. As the epitome of the suave super agent, Coburn used his lanky good looks, toothy grin, and baritone voice to play the ultra–cool Derek Flint. The film was wildly successful and was followed by a less successful sequel, “In Like Flint”. E! Online wrote of the film, "It was Coburn's greatest hit, made him a full–blown pop–culture icon and proved that he could do funny as well as menace."

Coburn's career began to wane during the 1970s, although he continued to appear in films throughout the decade. In 1971, he played explosives expert Sean Mallory in Sergio Leone's action film set in Mexico, “Duck You Sucker”. In 1973, he portrayed the outlaw–turned–sheriff Pat Garrett in Sam Peckinpah's “Pat Garrett and Billy the Kid”. As the decade progressed, Coburn was appearing in smaller roles in less important films so he tried his hand at directing and writing. In 1974, he directed episodes of “The Rockford Files”, the popular crime drama starring James Garner. He co–wrote the story for “Circle of Iron” with his friend, martial–arts expert Bruce Lee.

The onset of rheumatoid arthritis in the early 1980s almost sidelined Coburn. He continued to appear in movies and on television, but the crippling effects of the arthritis limited his roles to those in which he moved very little. He supplemented his income with voice work and appearances in commercials. Coburn, who had indulged a lifelong interest in eastern religions, yoga, and meditation, turned to alternative therapies to relieve his arthritis. Although his right hand was crippled, Coburn eventually conquered his arthritis through a combination of sulphur pills, diet, and exercise.

With his arthritis under control, Coburn made his comeback in the 1990s as a character actor. He appeared in “Young Guns II”, “Hudson Hawk”, “Sister Act 2”, and “Maverick”. He also made appearances on television. Even though he was working regularly, many of the roles were small and did not use Coburn to his fullest potential. The film “Affliction”, in which Coburn had a supporting role as Nick Nolte's alcoholic father, gave Coburn a chance to shine. He earned an Academy Award for Best Supporting Actor in 1998 for his portrayal of Glen Whitehouse, a verbally and physically abusive man.

In the 2000s, Coburn continued to work hard. He made notable appearances on television and in film. He appeared in dramas such as “Proximity”, “The Man from Elysian Fields”, and his final film, released after his death, “The American Gun”. He was the voice of Henry J. Waternoose, III, in the successful computer–animated film “Monsters, Inc.” Continuing to show his less serious side, he also appeared in the 2002 comedy “Snow Dogs.”

Coburn married Beverly Kelly in 1959; they divorced in 1979. He married Paula Murad in 1993. Coburn died on November 18, 2002, of a heart attack while listening to music at home; he was 74. He is survived by his wife; his son, James; step-daughter, Lisa; and two grandchildren. His long career in acting took him from dramatic Westerns to comedic spoofs, and throughout it all he made it look easy. His manager Hillard Elkins sais "He was a guy who looked like he was casual, but he studied and he worked and he understood character."