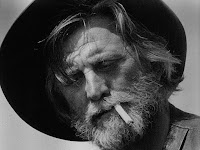 American producer, director, writer and actor Kirk Douglas died in Los Angeles, California on February 5, 2020. He was 103. Douglas was born Issur Danielovitch in Amsterdam, New York on December 9, 1916. Douglas was known for his distinctive voice, strapping physique and cleft chin. The son of Russian-Jewish immigrants, Douglas grew up poor. He worked odd jobs to pay for his college education and to support himself while studying acting at the American Academy of Dramatic Arts. At that time, he had no idea what his future had in store: In the 1950s and '60s, Douglas was one of the most popular leading men in cinema.

After serving in the U.S. Navy during World War II — and a brief career on the Broadway stage — Douglas made his first Hollywood film, The Strange Love of Martha Ivers (1946), starring with Barbara Stanwyck. Three years later, he gave a breakthrough performance as a boxer who stops at nothing to make it to the top in Champion (1949). He amazed audiences and critics alike with his portrayal of Midge Kelly in the film, which earned him his first Academy Award nomination.
Throughout his distinguished career, Douglas has received many honors, including the Life Achievement Award from the American Film Institute in 1991. He also became a Kennedy Center honoree in 1994, received an honorary Academy Award in 1996, and received the National Medal of Arts in 2001.

Married twice, Douglas had two sons, Joel and Michael, with his first wife, Diana Dill. In 1954, he married Anne Buydens. The couple had two sons, Peter and Eric. Eric died of a drug overdose in 2004.

Douglas never appeared in a true Euro-western unless you count 1973’s “Scalawag” which takes place in 1840’s California. He plays Peg an film is much more a pirate movie than anything close to a western.