The director of the successfully and acclaimed documentary “Sad Hill Unearthed” opens his heart to talk about “Bury Me Not”, a very personal western with which he fulfills one of the great dreams of his life 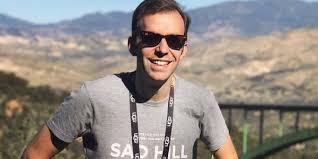 The great film director Federico Fellini used to say that a good wine is like a movie. It barely lasts for a moment, but it leaves a taste of glory in your mouth. In addition, it is new in every sip and as with movies, it is born and reborn in all the people who try it. Guillermo de Oliveira likes good wine and of course the wonderful universe that surrounds the cinema. He was born in Vigo on December 6, 1986. A city which is proud of its historical past and its promising future. A beautiful and cosmopolitan city that dresses up every year when Christmas arrives. That same year they premiered “The Immortals”, ”Cobra” or the “Critters”, cult films that delighted the lovers of the seventh art.

That curious, restless and torn child soon began to play and imagine possible worlds by the hand of artillery sergeant Hartman. Guillermo grew up playing with his powerful imagination. Creating scenes and situations that allowed him to fly and travel in time and space. At fifteen, Oliveira already knew that in the future he would be a great film director. Maybe that's why he called some of his best friends to dig a trench on the beach. The goal was to record the scene in full operation Overload. “I believe that unconsciously, cinema was always my great passion. Pilgrimages to the video store, a sanctuary where I could find hundreds of movies that took me to other places, moments and times. In adolescence he enjoyed mostly action cinema. Stallone, Van Damme or Schwarzenegger were my heroes, the mirror in which he wanted to see myself reflected. That's why one day I armed myself with courage and decided to talk to my parents. I wanted to dedicate myself to the cinema, to that universe that completely enveloped my life and made me happy. Alejandro, my father, is a doctor and had a hard time assimilating it. My mother Maria Dolores realized that that would be my life. That's why they encouraged me to study a demanding bachelor's degree and with exits. Then I would make the decision to dedicate myself to the cinema.

The great Uruguayan journalist and writer Eduardo Galeano used to say that utopia is always on the horizon. Because when you walk two steps, it moves away two steps and the horizon also moves ten steps away. So, for what does the trophy work? For that, it serves to keep walking. And it is that dreams are like the stars, infinite. You can see their light, but you can never reach them, unless you start walking. Guillermo arrives in Madrid to study Audiovisual Communication, Journalism and a master's degree in cinematography. “Madrid was my dream. A city full of culture and wrapped in a wonderful environment of cinema. During the race we played all the parts. I learned to write original scripts and also the keys to direct movies. I also studied production, one of the most interesting and important subjects in this universe of cinema. When I finished, I traveled to Cuba to study Screenplay at EICTV. I was also living in Los Angeles to learn how to make my first "movies".


Children learn by falling again and again. And they get up, smile and fall again. Thus, until they begin to walk first and then to run. With twenty years, Guillermo was a whirlwind of knowledge that needed to be put into practice. The ABC newspaper at that time was working to implement an innovative and competitive Multimedia Department. “They trusted me. I had great luck. And I ended up running a multimedia department that produced up to six weekly programs. Among them, a film show that I presented myself.”

We worked in a small but ambitious apartment. That gave us a lot of creative freedom and allowed us to grow very fast. In 2011 I took a gratifying leap and went from journalism to advertising. I became part of the Transmedia Cannon Shot. There I was able to collaborate as a filmmaker and edit advertising campaigns for really important clients. Among them, Iberia, ING, Sony, Tag Heuer, Infojobs or Nivea”. In 2013 Guillermo decided to form his own film and advertising production company. Because as Woody Allen would say, “We don't know the key to success well, but we do know that the key to failure is to try to please everyone”. 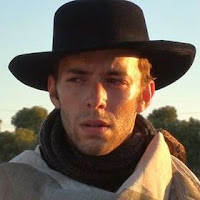 Zarpruder Pictures was born, a playful, smiling and green-eyed baby who fulfills the dream of a Vigués boy for dedicating himself body and soul to the cinema. “In a short time more than a dozen companies of enormous prestige trusted us for the production and development of content for the USSR. Among them, IF Bussiness School, J LL Pepsico, Telva, Joma, Port Aventura, Meetic, Moviestar or Renault. Zarpruder Pictures is an innovative company specialized in the production of all kinds of content for the Internet.
“In Zarpruder LABS we develop original content for YouTube. It is a true creative laboratory in which the universe of cinema and video games shake hands. Zarpruder Corp. would become your corporate arm. We believe that it is a company with very clear objectives that plays with very competitive prices and a really incomparable quality”. After the personal and professional storm that has been recognized and awarded the documentary "Digging up Sad Hill", Guillermo de Oliveira has fulfilled one of his dreams, starting his first film on the right foot. 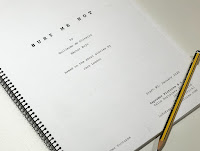 The script is already finished. It will be titled "Bury Me Not", a western based on the adaptation of some stories by Jack London, one of his favorite writers. “It is a long-molded idea. It will be an ambitious feature film in every way. There are three stories that go through three different locations. In the desert, in the snow and also in the tropics. We want to shoot it entirely in Spain. First because we have unique locations and second because it will help us to finance it and also to make it known”.

Today, the reconstructed Sad Hill cemetery in Silos has become a place of pilgrimage for movie lovers. The documentary "Sad Hill Unearthed" has placed this wonderful corner of Burgos in the international arena. “I had the great fortune to cross the vital path of Joseba del Valle, Sergio García, Diego Montero and David Alba. Four wonderful crazy people who pursued an impossible dream that I also joined. That magical and unique place where “The Good, the Ugly and the Bad” was filmed will always be part of my life and my heart”. Dreams exist, but you have to draw them in the soul and simply let it smile.
Posted by Tom B. at 6:35 AM