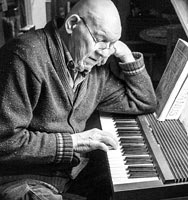 Canadian opera singer, theater, film, television actor Don McManus died in Toronto, Ontario, Canada on February 24, 2020. He was 87. Born Donald Leslie McManus in Vancouver, British Columbia, Canada on August 30, 1932, Don had a very successful 60 year career as an actor and singer, starting in 1950 in his hometown. He went on to perform operatic bass roles for 20 years with The Canadian Opera Company and performed on stages across Canada including at the Royal Alex, Rainbow Stage, Charlottetown Festival as well as in Australia and Britain. Don later appeared in films and TV series including two Euro-western TV roles as Angus McQuay in 1988’s “The Campbells” and as a photographer in 1990’s “Bordertown”.
Posted by Tom B. at 7:19 PM