Who Are Those Guys? ~ Massimo Ciprari 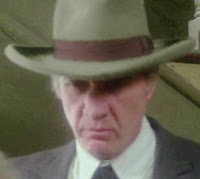 Massimo Ciprari is another of those often seen and used Italian character actors that little information is available or that can be found.

Most likely born in the 1920s he also appeared in a dozen fotoromanzi magazines. He appeared in over 100 films from 1960’s “Teseo contro il minotauro” as a slave guard until his final credited appearance as a merchant in the TV series ‘Un medico in famiglia’ in season 3 episode 19 ‘Scherzare col fuoco’.

Ciprari appeared in eight Euro-westerns that I know of and usually played townsmen, saloon patrons, or other non-descript characters lurking in the background.