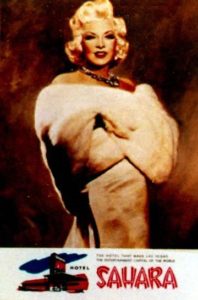 In 1954, Mae West starred in her own Las Vegas stage show at the newly opened Sahara Hotel, singing while surrounded by bodybuilders. The show stood Las Vegas on its head. "Men come to see me, but I also give the women something to see: wall to wall men!" West explained. Jayne Mansfield met and later married one of West's muscle men, the former Mr. Universe, Mickey Hargitay. Also among the bodybuilders were future Euro-western stars Gordon Mitchell and Dan Vadis. The show closed in 1957. 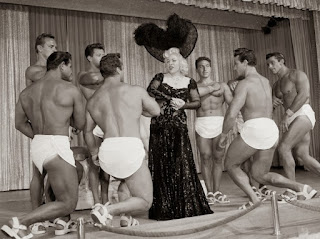