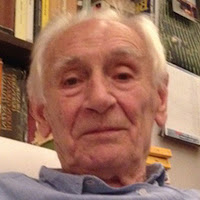 RIP Giorgio Arlorio. The screenwriter Giorgio Arlorio (Turin, February 27, 1929), a leading figure in Italian cinema, author with Franco Solinas and Gillo Pontecorvo of Queimada , but also many successful films and works, died July 25, 2019 in his Roman house after a long illness. of quality as Nanny Loy 's family man . He was also assistant director for Pietro Germi, Mario Soldati and Michelangelo Antonioni. Author mostly engaged in films with strong political connotations (besides Queimada, Tepepa, Il mercenario, Ogro), Arlorio also worked on comedy films and collaborated anonymously with Franco and Ciccio. Arlorio was involved as a writer on “The Mercenary” (1968) and “Zorro” (1975).
Posted by Tom B. at 11:38 AM