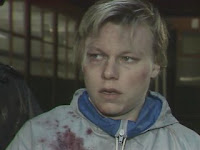 Graham Fletcher-Cook, a British actor and older brother of Rocketman director Dexter Fletcher who appeared in such acclaimed films as Sid and Nancy, The French Lieutenant's Woman and Cry Freedom, has died. He was 55. A spokesperson for the family sid that Fletcher-Cook died recently following a battle with cancer. Born in London on Nov. 3, 1963, Fletcher-Cook got his start in the business when his mother took him and "pretty much my entire extended family of brothers, cousins and aunts" to a drama club run by noted acting teacher Anna Scher in Islington, he recalled in a 2016 interview. "By an extreme stroke of good fortune, the first movie set that both myself and my brother Dexter walked onto was [the 1976 Alan Parker crime comedy] Bugsy Malone," he said. "This was also an amazing opportunity to watch people at work on film sets and explore the myriad of different jobs that go toward making a film." He then was cast with Laurence Olivier in A Little Romance (1979) and with Meryl Streep and Jeremy Irons in The French Lieutenant's Woman (1981). He went on to work in Defense of the Realm (1985), starring Gabriel Byrne; Sid and Nancy (1986), starring Gary Oldham; Absolute Beginners (1985), which featured David Bowie; Cry Freedom (1987), directed by Richard Attenborough and starring Denzel Washington; and The Fool (1990), featuring Derek Jacobi. Cook appeared as Whitey/Jeeves in Alex Cox’ “Straight to Hell” (1987) and “Straight to Hell Returns” (2010).
Fletcher-Cook is survived by his wife, Jeanette
Posted by Tom B. at 6:09 PM