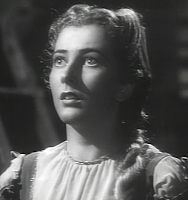 Valentina Cortese, an Italian actress who held the extremely rare distinction of having been nominated for best supporting actress for her work in a foreign film, Francois Truffaut’s 1973 classic “Day for Night,” died in her home town of Milan, Italy on  July 10, 2019, according to Italian news agency Ansa. She was 96. Valentina Cortese was born in Milan on January 1, 1923. She made her movie debut in 1940 and played ingenue parts in many Italian films early in her career including what many consider the first Euro-western as Madge Curtis in 1942’s “The Girl of the Golden West”. In Hollywood she appeared in a supporting role in the historical melodrama “Black Magic,” starring Orson Welles; starred opposite Richard Conte in Jules Dassin’s brilliant film noir “Thieves’ Highway”; starred with Spencer Tracy and James Stewart in the atmospheric adventure film “Malaya”; and, perhaps most significantly on a personal level, starred opposite Richard Basehart in Richard Wise’s excellent 1951 film noir “The House on Telegraph Hill.” (Cortese, who was unaccountably credited as Valentina Cortesa in her Hollywood efforts, she married Basehart in 1951; they divorced in 1960, and he died in 1984.) Cortese never remarried after her divorce from Richard Basehart, with whom she had a son, actor Jackie Basehart, who died in Milan in 2015, predeceasing Cortese.
Posted by Tom B. at 7:07 AM