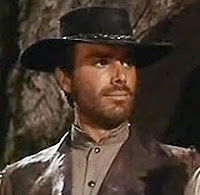 Uruguayan actor George Hilton died in Rome, Italy on July 28th of an undisclosed illness. He was 85. Born Jorge Hill Acosta y Lara on July 16, 1934 in Montevideo Uruguay. Hilton grew up in England where began his career working in radio. In 1955 he moved to Argentina, adopting the pseudonym Jorge Hilton. He soon began to appear in several soap operas and film productions for Argentina's domestic market. In 1963 he moved to Italy, following the footsteps of other famous South American actors such as the Argentina's Jorge Rigaud and Alberto de Mendoza, who were attracted by the thriving Italian film industry of the 1960s. Here he Anglicized his name to George Hilton and began a successful film career in Euro-westerns, action, giallo and police films. Hilton appeared in over 20 Euro-westerns such as” “Any Gun Can Play” (1967), “The Ruthless Four” (1968), “A Bullet for Sandoval” (1969) and “The Return of Halleluja” (1972). He is fondly remembered as one of the biggest stars of Italian cinema, along with Terence Hill, Franco Nero and Giuliano Gemma. His legacy as a film star also remains intact. Hilton recently was the subject of a documentary on his life produced and directed by Daniel Camargo called “The World Belongs to the Daring” (2019).
Posted by Tom B. at 3:12 PM