We continue our hunt for filming locations for “The Relentles Four”. Ranger Sam Garrett is put on trial for the murder of rancher Anders. Both Anders wife and daughter testify they saw Sam ride away after finding their father dead although Lucy Anders is not positive. Sheriff Luke testifies when he arrested Garrett in the hotel he was still a bit drunk and was carrying a .44 with five bullets missing from the chamber. He had earlies testified Anders was shot and killed by five bullets from a .44. The jury finds Sam guilty and the judge sentences him to hang the following day. He’s taken to the local jail to wait execution. 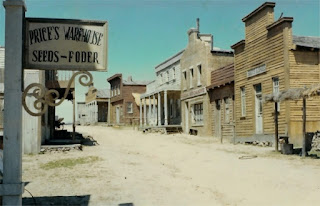 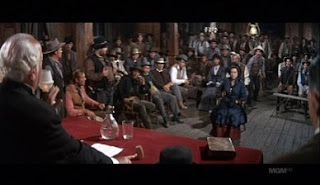