Who Are Those Guys ~ Aram Chorebanian 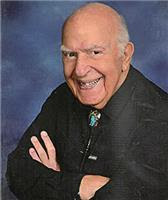 Aram Chorebanian was born January 19, 1930 in Lynn, Massachusetts to Mihran and Zevart Chorebanian who were refugees from the 1915 Armenian Genocide in Turkey. Aram enjoyed a consummate New England childhood with younger sister, Zarouhi, and graduated from Dartmouth College in 1951.

He volunteered for the US Army during the Korean War, and graduated from Artillery Officer Candidate School and served 23 years in Korea, Dominican Republic (82nd Airborne Division), Vietnam and Germany, with a hiatus for Law School at The University of North Carolina (1963). He became a personnel specialist and was responsible for retention programs across Europe. At his final post in Fort Huachuca, Arizona, he ran the Army's transition plan from the draft to an all-volunteer army, though the highlight of those years was performing in local musical productions of "Oliver" (Fagin, alongside daughter Carol as Dodger), "Finian's Rainbow" (Finian), and "Fiddler on the Roof" (Tevye).

Aram then retired to Tucson and began a second career as a Realtor (37 years). He was a founding member of the Armenian Cultural Society of Tucson, a long-time Rotarian, and choir member at St. Philip's in the Hills. He enjoyed singing Karaoke at Margarita Bay.