Patricia Lorán: 10 years of cinema and 40 years of forgetting 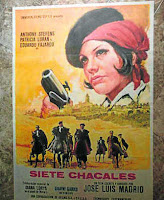 The actress from Granada, who currently lives in Peligros, left the world of celluloid in 1975 after acting in films like 'The Punisher'

They called her Claudia although her stage name was Patricia Lorán. He was born as Encarnación García (Granada, 1946) and for almost ten years, between 1965 and 1974 he was one of the most beautiful faces of Spanish cinema. That is why Germán Lorente, director of Her name is Daphne , refers to her as Claudia because of her resemblance to Cardinale. The Catalan journalist Juan Pablo Torrents-Faura

He has been on the track for years after he decided to leave the world of acting almost 40 years ago. And he has found her in Peligros, where she lives with her husband in the most absolute anonymity and without any exterior gesture that could suggest to her neighbors that she was one of the great promises of Spanish cinema.

She, on the other hand, does not feel uncomfortable with her past as an actress but prefers the normality of a quiet life. The Catalan journalist Juan Pablo Torrents-Faura has managed to contact some actors who shared a plane with Granada, in the case of the secondary Francisco Reig Riera, who worked with her in two films: "Patricia Lorán, besides a bellezón de mujer, is one of the most experiential and intuitive actresses of the Spanish cinema of his time ". For the actor, it is a "real pity" that has not been given "more diffusion and greater use to his career".

Paricia Lorán began in the seventh art in the mid-60s, when she moved as many Granadans to Barcelona with her parents. There he enters the school of actors Fernando Espona and Julio Coll, where he meets the well-known actress and television presenter Silvia Tortosa. In 1965 he debuted as a protagonist in the films Tumba para un outlaw and El Punitador, under the orders of Juan Bosch. 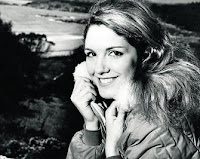 Patricia Lorán shared plans with Cassen, who went on to film history in capital letters for his role in Plácido , by Berlanga. In an article published in the May 28, 1966 edition of El Mundo Deportivo , the film critic Lucas Cot defined the actress from Granada: "La Lorán is on the way to becoming the most outstanding actress of the current Spanish cinema. She is the strongest value our cinema has shown in a long time, in fact, Patricia Lorán is called Encarnita García and she is from Granada, she is 19 years old and has a bright future ahead of her. actors of Fernando Espona, and he has three Psychology courses ". That same year he placed himself under the command of Miguel Iglesias Bonns in Death in Spring .

In 1966 he joined the film His name is Daphne and in 1967 he participated in the film Amor en el aire , starring Rocío Dúrcal. "Actresses far below their interpretative and physical level, since she had a radiant Latin beauty, of great impact, they have attained greater projection and recognition than her", says Francisco Reig about the actress from Granada, who "left a mark" on her short career.

Her career continued in the seventies, performing in different horror films such as The Vampire of the Highway, Jack the Ripper of London or The Crimes of Petiot , all under the direction of José Luis Madrid de la Viña, who also directed it in his last appearance on the big screen with the feature film Siete chacales (1974). "It would be time to do justice to Patricia Lorán and place her in a privileged place in the history of Spanish cinema of the sixties," concludes Francisco Reig.

For his part, Juan Pablo Torrents-Faura, who discovered the actress with The Punisher , hopes that in the not too distant future the actress can receive the tribute she deserves so that Encarnación García, at least for a few hours, will be again Patricia Lorán.