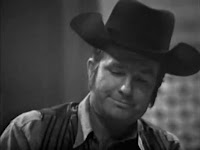 Shane Rimmer the voice of Thunderbirds’ Scott Tracy died at his home in England on March 29, 2019. He was 89. The Canadian-born actor emigrated to the UK in the late 1950s and performed as a cabaret singer before landing his role in Thunderbirds. Rimmer appeared in over 100 films including the hits Dr Strangelove, The Spy Who Loved Me, Star Wars, Gandhi, Out of Africa and Batman Begins. He is probably best known for playing Scott Tracy, the daring and suave pilot of Thunderbird 1, from 1964-66. Rimmer appeared as Seth Harper in the 1966 Euro-western TV series ‘Dr. Who: The Gunfighters’ episode.
Posted by Tom B. at 10:25 AM