We continue our search for film locations for “The Big Gundown”. Cuchillo thinks Corbett is a fool and will cover up the true murderer of the little girl. Corbett says he knows who the guilty party is and tells Shemp to drop his rifle. He offers Cuchillo one of his pistols but Cuchillo throws in down and asks for Corbett’s knife. He places it on his shoulder and the duel begins. When  Shemp goes for his gun Cuchillo beats him and throws the knife which ends up buried in Shemps forehead killing him. 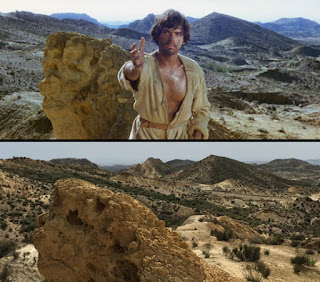 Scene was filmed at Pechina, Spain. 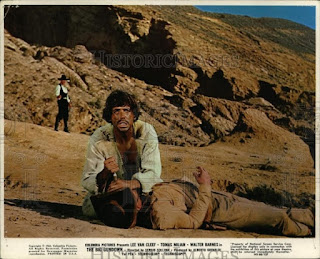 For a more detailed view of this site and other Spaghetti Western locations please visit my friend Yoshi Yasuda’s location site: http://y-yasuda.net/film-location.htm and Captain Douglas Film Locations http://www.western-locations-spain.com/
Posted by Tom B. at 8:05 AM