Who Are Those Composers? ~ Angelo Francesco Lavagnino 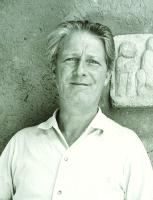 Angelo Francesco Lavagnino was born into a family with musicians on both sides on February 22, 1909 in Genoa, Liguria, Italy.  Attracted to the sight and sounds of a live theater orchestra, he first discovered film music as a boy during the silent era. He later attended the Giuseppe Verdi Conservatory of Music in Milan, where he studied composition under Renzo Bossi. He graduated in the early 1930s and, in the years that followed, he composed several symphonies, a large body of chamber music, a small group of symphonic poems, and one opera. He was also a teacher at the Accademia Musicale Chigiana in Siena between the ages of 32-53.

Lavagnino began composing music for films in the early '50s, and by the time he'd retired two decades later, had amassed credits for some 300 movies, including Orson Welles' “Othello” (1952) and “Chimes at Midnight” (1966), the science fiction thriller “Gorgo” (1961), the fantasy film “Lost Continent” (1955), the adventure yarn “Legend of the Lost” (1957), and costume epics such as “The Last Days of Pompeii” (1960). Lavagnino had a special gift for melody and a talent for orchestration that manifested themselves in the best of those scores, particularly “Gorgo” - whose folk-based soundtrack is often referred to as the prettiest score ever to grace a dinosaur movie - and “Legend of the Lost”.

Lavagnino was very nearly the choice of Sergio Leone to score “A Fistful of Dollars” (1964) - having composed the music for the director's “The Last Days of Pompeii” (1959) and “The Colossus of Rhodes” (1961). Leone was favorably disposed toward him, but the insistence of Leone's distributor that he meet with Ennio Morricone led to the revelation that they had attended grammar school together, so the director gave the assignment to Morricone. Despite losing that job, Lavagnino remained one of the busiest screen composers in England, and continued working until the mid-1970s on films that included his fair share (23) Euro-westerns.