Who Are Those Composers? ~ Michele Lacerenza 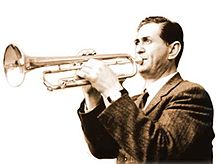 Michelle Lacerenza was born in Taranto, Puglia, Italy on January 7, 1922. Born into a family of musicians: his father is the maestro Giacomo Lacerenza, while his two older brothers are Amleto Lacerenza, known as Grypin and Rosario Lacerenza.

After World War II, he became a conductor, musician (he accompanies among others Carlo Dapporto and Wanda Osiris) and composer of music for musical comedies, soundtracks and songs: he writes for example, in collaboration with Elvio Monti, the music of Fontane d'Italia, based on Ottavio De Stefano's text, which was brought with success by Claudio Villa in 1962.

With Morricone he finds himself in the world of cinema, where Lacerenza performed as a trumpet player in some soundtracks: in fact when the Roman musician prepares the music for the first film of the Sergio Leone trilogy, needing a trumpet player for one of the two main themes, he thinks immediately of his friend, Sergio Leone wanted Nini Rosso, a famous Italian trumpeter, to play the trumpet for the film score, and Michele knew it well. So he played that solo in such a breathtaking manner that he himself was driven to tears. And in the end Sergio too was moved by that heartbreaking sound”. Vinicio Capossela, a renowned Italian singer, admits: “That trumpet breaks Leone’s long, silent sequences like a cry rising from the desert stones. The The Lord’s trumpet calls the souls to the day of judgment, Lacerenza’s calls them to the final showdown”. In 1964, after the success of “For a Fistful of Dollars”, Lacerenza’s trumpet became a fetish for an endless number of spaghetti-western movies. Lacerenza’s trumpet immediately evokes the gritty and grimy West of Sergio Leone and of his countless imitators. A West closer to Southern Italy than to John Ford’s films. Michele Lacerenza was not simply a performer, his interpretation of the final solo of “For a Fistful of Dollars”, according to Morricone himself, was his own interpretation of the score. A musical attitude which had its roots in Lacerenza’s origin: he had grown musically in the local citizens band, thus acquiring the peculiar passionate style of those popular ensembles.

In 1966 Lacerenza began teaching as a teacher at the Umberto Giordano Conservatory in Foggia; in the meantime he continued for the following years to be the author of soundtracks. He was the first trumpet soloist in the Orchestra della Rai of Rome, playing with maestro Enrico Simonetti; in 2006 the Rai published, in the series Via Asiago 10, a CD called Big Band Concerto, containing some recordings of 1972 by Enrico Simonetti in which Lacerenza plays the trumpet, with a woodwind section composed among others by saxophonists Gianni Oddi and Sal Genovese, with Maurizio Majorana on bass and the Brazilian Mandrake on percussion.

Lacarenza was married and had three children: Teresa, Giacomo and Michele Giuseppe. Among his best known pupils was Gino Comisso.