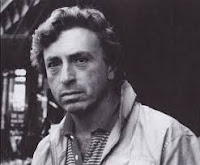 Larry Cohen, the avant-garde writer and director who made his mark in the horror and blaxploitation genres with such innovative cult classics as “It's Alive”, “God Told Me To”, “Black Caesar and Hell Up in Harlem”, died at his Beverly Hills home on March 23, 2019. He was 77. Lawrence G. Cohen was born on July 15, 1941, in the Washington Heights section of Manhattan. The family moved to the Riverdale neighborhood of the Bronx, and he would hustle movie ticket money by offering to carry groceries for tips. Cohen graduated from City College of New York in 1963 with a degree in film studies. After landing a job at NBC as a page, he gave himself a crash course in the art of producing teleplays, and by his early 20s, he was writing television scripts. Cohen broke into TV in 1958 with an adaptation of Ed McBain's crime novel The Eighty Seventh Precinct for Kraft Television Theatre. Over the next decade, he would pen episodes for ‘Zane Grey Theatre’, ‘Surfside 6’, ‘Checkmate’, ‘The Fugitive’ and ‘The Defenders’. He created ‘Branded’, which ran for two seasons (1965-66) and starred the 6-foot-6 Connors as a disgraced officer unjustly drummed out of the cavalry for cowardice. "My intellectual concept of the show is that it's like a Shakespearean tragedy," Cohen said in a 1965 interview for TV Guide. "You must have a great man to experience true tragedy. That's why I like Chuck Connors so much in this part. He's so big — he's the tallest underdog in the west." He followed that with ‘The Invaders’, though is only lasted two seasons (1967-68), ‘The Invaders’ gained cult status and paved the way for shows such as ‘The X-Files’. Cohen's first feature screenplay was for the sequel “Return of the Magnificent Seven” (1966), and that was followed by scripts for “Daddy's Gone A-Hunting” (1969), “Scream Baby Scream” (1969) and “El Condor” (1970).
Posted by Tom B. at 10:24 AM