On a plateau (Llano Ochotorena) above the Rambla de Cautivo in a panoramic position a fort was built for the film "The Deserter" (1970), and then used in "Blindman" (1971) and "Massacre at Fort Holman" (1972). This large structure was composed of a large square and some buildings surrounded by a low fence, of which today only a small stretch remains. Everything else has collapsed and fallen to the ground: the wooden entrance door and large parts of the walls of the buildings were built with racks of reeds, wood and plasterboard. 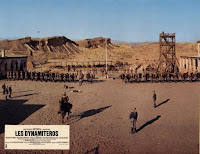 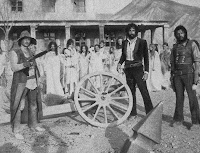