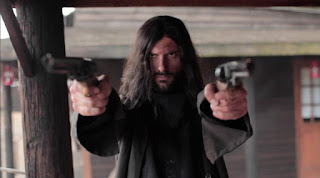 Missouri, 1865. The Civil War may be over, but for some, the violent divide between North and South still rages on. After a southern stranger and his wife are attacked in their home by a gang of ex-Union soldiers, a vehement quest for retribution is ignited. Two years later, the former soldiers are ruling over a small town in Indian Territory, where their ruthless leader reigns as the local marshall. But when a mysterious outsider suddenly rides into town, the men soon realize they're all being hunted, one by one, by the same southern stranger they had once watched die.