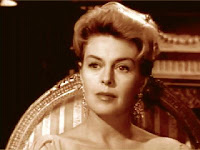 She was a well-known TV star who also made a couple of movie appearances.

Patricia appeared in 18 Western Films and TV appearances
.
From her marriage with Sam Donahue she has two sons, composer Marc (1953-2002) and famous guitar player Jerry (1946).

Her son Jerry confirmed her correct birthdate and passing. He also mentions:
“When I was growing up, it always felt weird to me, watching her on the screen
acting like someone totally opposite to the person she actually was. Though I'd
been told by her friends and colleagues, all the while, just how good an actress
she was, I didn't truly believe it myself till I was an adult and could be objective
while watching her works. I've made up for it in recent years as I've managed to
acquire a good many of her best works,  telling her how impressed I was with her.
It made her very happy!”