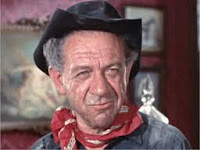 Sid James was born Solomon Joel Cohen on May 8, 1913. He was a South African born English-based actor and comedian. He made his name as Tony Hancock's co-star in ‘Hancock's Half Hour’ and also starred in the popular “Carry On” films. He was known for his trademark "dirty laugh" and lascivious persona.

Later he changed his name to Sidney Joel Cohen, and then Sidney James. His family lived in Hillbrow, Johannesburg. Upon moving to Britain later in life, he claimed various previous occupations, including diamond cutter, dance tutor and boxer. In reality, he had trained and worked as a hairdresser.

It was at a hairdressing salon in Kroonstad, Orange Free State that he met his first wife. He married Berthe Sadie Delmont, known as Toots, on 12 August 1936, and her father Joseph Delmont, a wealthy Johannesburg businessman, bought a salon for James. Within a year James announced that he wanted to become an actor and joined Johannesburg Repertory Players. Through this he got work with the South African Broadcasting Corporation.

After World War II he came to Britain financed by his service gratuity. Initially he worked in repertory before being spotted by the nascent British post-war film industry. James made his first appearances in “Night Beat and Black Memory” (1947), both crime dramas. In 1949 he played the alcoholic hero's barman in Michael Powell and Emeric Pressburger's “The Small Back Room” (1949). in 1954, he began working with Tony Hancock in BBC radio's Hancock's Half Hour, playing a character with his own name (but having the invented middle name Balmoral), who was a petty criminal who would usually manage to con Hancock. When this was turned into a television series his part was greatly increased to the extent that some viewers considered it to be a double act. Sid James was soon getting as many laughs as his partner.

James became a leading member of the Carry On films team, originally to replace Ted Ray who had appeared in “Carry On Teacher” in 1959. It was intended that Ray would become a recurring Carry On star, but he had been dropped after just one film because of contract problems. James ultimately made 19 Carry On films, receiving top-billing in 17, making him one of the most featured performers of the regular cast. In 1967, James was intending to play Sergeant Nocker in “Follow That Camel”, but suffered a massive heart attack and was replaced by the American comic actor Phil Silvers. In the same year in “Carry On Doctor” James was shown mainly lying in a hospital bed, owing to his real-life health scare. On 26 April 1976, while on a revival tour of The Mating Season, a 1969 farce by the Irish playwright Sam Cree, James suffered a heart attack on stage at the Sunderland Empire Theatre. The technical manager (Melvyn James) called for the curtain to close and requested a doctor, while the audience (unaware of what was happening) laughed, believing the events to be part of the show. He was taken to hospital by ambulance, but died about an hour later. James, aged 62.

Today we remember Sidney James on what would have been his 100th birthday.