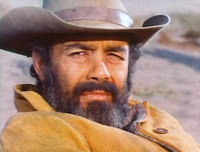 Pernell Elven Roberts Jr. was born in Waycross, Georgia, on May 18, 1928. He briefly attended Georgia Tech before joining the Marines in 1948; a musician who played baritone horn, sousaphone, tuba and percussion, he was assigned to the Marine Corps Band. After his military service he attended the University of Maryland on the G.I. Bill, where he was drawn to acting, eventually leaving school to work at the newly formed Arena Stage in Washington. He moved to New York City in 1952.

In the burgeoning Off Broadway theater scene in New York in the mid-1950s, Mr. Roberts gained some notoriety in Shakespearean roles. He played Antonio in “Twelfth Night,” Mercutio in “Romeo and Juliet,” and the title role in “Macbeth,” a performance The New York Times critic Brooks Atkinson described as “thoroughly masculine — a ruffian who bulls his way through the plot.” In 1956, he was cast by the American Shakespeare Festival in Stratford, Conn., as Petruchio in “The Taming of the Shrew,” a production that reopened on Broadway the following year.

Moving to Hollywood, Mr. Roberts appeared in films that included “Desire Under the Elms” (1958) which starred Sophia Loren and Burl Ives. In1959 he landed the part of Adam Carwright on the Ponderosa, the ranch that provided the setting for “Bonanza.”  Roberts left the series after the 1964-1965 season. He had battled with the producers over the dearth of nonwhite actors and crew members on the show, and complained that the scripts were unchallenging for both actors and audiences. Perhaps it was his high-minded background that gave him reason to bite the hand that fed him. “I feel I am an aristocrat in my field of endeavor,” he said in a 1965 interview with The Times. “My being part of ‘Bonanza’ was like Isaac Stern sitting in with Lawrence Welk.”

In subsequent years, he appeared in numerous movies and touring theater productions, and made guest appearances on many television series, including “The Rockford Files,” “The Paper Chase” and “Vega$,” before landing in the title role on “Trapper John, M.D.” an hour long medical drama that was something of a spinoff from Robert Altman’s 1970 film, “M*A*S*H,” which was set behind the battle lines in the Korean war.

Pernell Roberts appeared in one Euro-western, “Four Rode Out” (1968) with Sue Lyon and Leslie Nielson.

Today we remember Pernell Roberts on what would have been his 85th birthday.