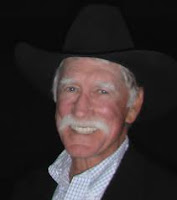 He was born Alexander Viespi on May 3, 1933 in Floral Park, Long Island, New York. Known to us as Alex Cord he is an American actor who portrayed the role of Michael Coldsmith Briggs, III, better known as Archangel, in fifty-five episodes of the CBS adventure television series Airwolf (1984–1986).

To overcome a childhood bout with infantile paralysis, Alex put himself on a rigorous athletic regimen. By the time he reached his late teens, Cord was an accomplished rodeo performer. After preparing for a theatrical career in New York and London, he made his film debut with a small part in 1962's “The Chapman Report”. Among his American starring features was the 1966 remake of “Stagecoach” and the 1978 Western “Grayeagle”, in which he appeared in the title role. Most of his biggest and best screen opportunities came his way when he plunged into the European film scene of the 1970s. In Italy he made one Euro-western “A Minute to Pray, a Second to Die” (1967).

Today Cord is a horse rancher in Cooke County near Gainesville in north Texas, where he resides with his second wife, the former Susannah Moller. Cord suggested that his long-term friend from Laramie, Robert Fuller, also move to Texas to raise horses. Fuller and his second wife, Jessica Savidge, did relocate to Cooke County in 2004. Cord and Fuller often make appearances at western film festivals highlighting their continuing mutual interest in "The Spirit of the Cowboy."