A ROPE FOR A BASTARD 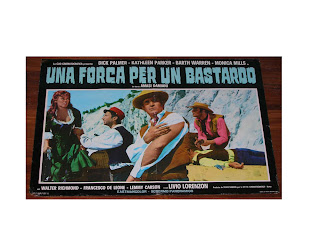 A man tries to avenge the murder of his father but runs into trouble with several people who he suspects but they manage to prove their innocence, The man suddenly meets his double, who turns out to be his twin brother, of which he had no prior knowledge of. The twin just happens to know the murderer. Now the sheriff must bring justice to the town and arrest the guilty party.
﻿
Posted by Tom B. at 5:38 AM