Who are Those Guys? - Gino Barbacane 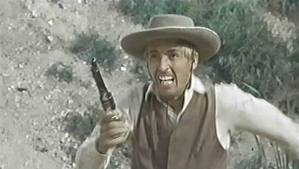 Luigi ‘Gino’ Barbacane is an Italian character actor. According to the IMDb he appeared in only eight films from 1966-1969, seven of which were westerns. The blond character actor was pretty easy to pick out in the films he did appear in. Probably best remembered for his role in "The Brute and the Beast" (1966) as the Scott henchman dressed in a white suit at the party that Franco Nero interrupts before his brutal beating by Nino Castelnuovo. He resembles Luciano Rossi in some respects but his career was short and he disappeared from the scene. I can find no information on where he is today or what he may be doing.