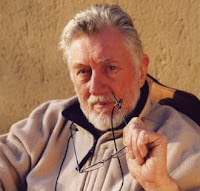 Peter Boom has died.
He died in Viterbo, Italy, on May 26, 2011. Peter Boom was born on March 31, 1936, in Bloemendaal, Netherlands and was an actor, singer, voice actor, lyricist and writer, philosopher.Death was most likely caused by a heart attack and occurred at his home in Bagnaia, a suburb of Viterbo, where he lived for many years. The last artistic effort by Peter Boom was his participation in "Habemus Papam" by Nanni Moretti. During his career he starred in the theater with Mario Carotenuto, Giancarlo Sbragia, Nino Manfredi, Mario Missiroli. Boom worked with Sophia Loren, Nino Manfredi, Mel Ferrer, Burt Lancaster, Joseph Cotten, Erland Josephson and sang and wrote songs for Ennio Morricone, Bruno Nicolai, Marcello Giombini and others. Peter had been a resident in Italy since 1956. Boom also worked for RAI and the Rome Opera. In recent years, was the creator of the so-called theory of pansexuality, presented in various congresses of sexology. Boom a homosexual used his status as a spokesman for gay rights. Boom was one of the main singers used for singing the main themes during the Spaghetti western genre in the 1960s and 1970s. He sang such songs as "Necklace of Pearls" for Blood at Sundown (1966) with Anthony Steffen and Johnny Garko, "Song of the Cowboy" for "A Man Called Amen" (1968), "Kidnappping" for the film of the same title (1969), "Julie" for "4 Gunmen of the Holy Trinity" (1970) and "Ride Alone" for "Sartana Kills Them All" (1971). He also recorded an English language version of "Run, Man, Run" and was featured on the soundtrack for "Sabata which was later cut.
Posted by Tom B. at 3:27 PM