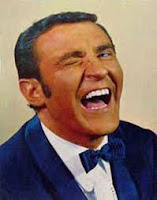 The humorist and actor Santi Sans died January 22, 2020 in the Hospital de Mataro, Barcelona, Cataluna, Spain, after more than half a century career, as reported by his family to Europa Press. He was 86. He was born in July 1933 in the Barcelona neighborhood of Gràcia, where, as a child, he was already an amateur actor; and debuted professionally in 1956 with a small role in the play Just Married, Do Not Disturb , directed by Adolfo Marsillach at the Windsor Theater in the city. In the party halls he also performed in the 60s with singers such as Julio Iglesias and Raphael, whom he presented and imitated, entertaining the shows. One, two, three and Filiprim . In the 70s he performed in various spaces of TVE Catalunya, especially humorist, and also in the first stage of the 'One, two, three' contest, when presented by Kiko Ledgard. In the 80s Sans became very popular on TV3, with humorous performances and imitations in various programs, among which Filiprim and Tres i l'astròleg stand out , in addition to acting later in the drama series Laberint d'ombres. His only Euro-western appearance was in the film short “Peacemaker” in 2005.
Posted by Tom B. at 9:23 AM