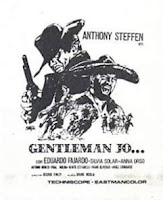 Gert Günther Hoffmann was born on February 21, 1929 in Berlin-Lnkwitz, Germany.
He completed an apprenticeship as a businessman, then switched to Berlin radio as a speaker . In addition to Rudolf Platte and Gytta Schubert, he appeared in the Berlin Hebbel Theater in the comedy “Das Geld liegt auf der Bank”. In 1951 he got a film role in “Das Bankett der Schmuggler”. Hoffmann could not get big roles in theater and film, therefore, he shifted his professional focus to the dubbing films.

He most often lent his distinctive voice to actors such as Sean Connery, William Shatner, Michel Piccoli, Lex Barker, Paul Newman and Rock Hudson. He was also the narrative voice in the animated series “The Pink Panther” And narrator and voice of the main character in the film classic “Moby Dick” (1956)

Moving from West Berlin to Munich in1970 gave his career as an actor a new boost. For eleven years he took over the role of Chief Criminal Officer Matofski in the ARD crime series ‘Sonderdezernat K1’. In 1972 he played in ‘SR-Fernsehspiel Tod im Studio’ and 1976 feature film “Der starke Ferdinand” in a major role. Gert Günther Hoffmann died in 1997 after a long illness at the age of 68.