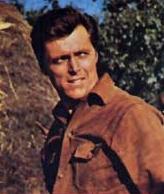 RIP Edd Byrnes. American film and TV actor Edd Byrnes died unexpectedly at his Santa Monica, California home on January 8, 2020. He was 86. Born in New York City as Edward Byrne Breitenberger on July 30, 1933, he became famous acting in movies like "Grease" and iconic TV shows like "77 Sunset Strip". As for “77 Sunset Strip” which ran from 1958-1964 was one of the most popular shows on TV. He became a breakout star as Kookie. Edd even scored a gold record with Connie Stevens “Kookie, Kookie (Lend Me Your Comb), which made it to #4 in 1959 and spent 13 weeks on the Billboard charts. Other American TV appearances were ‘Charlie’s Angels’, ‘Fantasy Island’, ‘Married With Children’, ‘Murder She Wrote’, ‘Maverick’ and ‘Love Boat. Edd appeared in three Euro-westerns: “Any Gun Can Play” as Clayton; “Payment in Blood” as Stuart and “Professionals for a Massacre”: as ‘Chattanooga Jim’ all in 1967.
Posted by Tom B. at 2:17 PM