Among the various environmental elements required for the western genre there are also rivers. In the Spaghetti western genre, often they are set in border areas between the United States and Mexico, the script sometimes requires the presence of the Rio Grande (and Rio Bravo), which marks the border between those two countries. 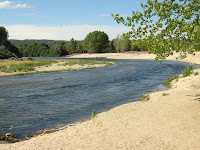 
The surroundings of Madrid, thanks to the proximity of the high sierras of Castile, offers in particular three rivers: Rio Alberche near Aldea del Fresno: Rio Henares (a river born in the Sierra Minstra south of Medinaceli and enters into the Rio Jarama) in Alcala de Henares: Rio Jamara in Titulcia. Alcala de Henares is a charming historic city 33 kilometers east of Madrid, home to an ancient university and famous for being the birthplace of Miguel de Cervantes (1547-1616). Rio Henares, with its winding course flows immediately south of the city and was used in a series of westerns that benefited above all from the drama of the high reddish-brown cliffs that rise on its southern shore. Among the films shot there: “Zorro the Avenger” (1962); “Welcome Padre Murray” (1963); “Gunfight at Red Sands” (1963); “A Coffin for the Sheriff” (1965); “In the Shadow of a Colt” (1966); That Hot Damn Day of Fire (1968); I Came, I Saw, I Shot” (1968); “Villa Rides!” (1968); “Garringo” (1969); “Guns of the Magnificent Seven” (1969); “Sundance Cassidy and Butch the Kid” (1969); “Companeros” (1970) (for which a bridge was built, used in a chase scene by Mexican government troops); “Dead Men Ride” (1971); “The Hunting Party” (1971); “Death’s Dealer” (1971) (the sequence, of Leonardo Mann's clash with the Indians). Today the area near the banks of the Rio Henares in Alcala de Henares has changed compared to forty years ago. It is in fact much richer in vegetation, lush, without those open spaces near the river that were seen in western movies. A path was built along the northern bank of the river, while on the other side is the Park of the Hills (where a reforestation program is in progress) was created which covers the arid highlands called Ecce Homo (835 meters) and La Tortuga (700 meters). 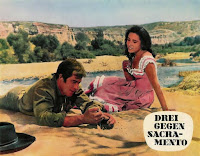 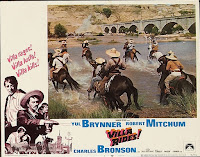 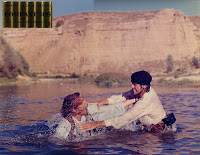