"Filmkulisse Mitteldeutschland" is the motto of the DEFA film days 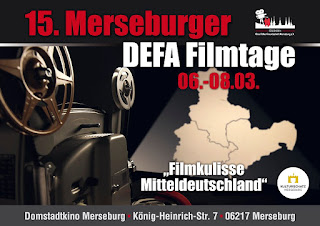 The "film set in Central Germany" is the focus of the 15th DEFA film days in Merseburg. From March 6 to 8, 16 films on this topic are to be shown, the city and the organizers have announced. It is about building a bridge from the former DEFA locations to today's film landscape. Quedlinburg in the Harz Mountains was the backdrop for the DEFA music film "Nicht schummeln, Liebling!" In the recent past, scenes from the remake of "Heidi" (2015, directed by Alain Gsponer) and "Goethe!" (2010, directed by Philipp Stölzl).

According to the information on the guest list are, among others, the actors Gojko Mitic ("Winnetou") and Dorit Gäbler ("Moritz in der Litfaßsäule") as well as the director Ina Weisse, who is currently filming the film "Das prelude" with Nina Hoss in Halle for the cinemas.
The DEFA film days in Merseburg are organized by the Förderverein Kino Völkerfreundschaft and the Domstadtkino. The festival is dedicated to Deutsche Film AG (DEFA), the state-owned GDR film company.

Link to DEFA Film Days https://www.filmtage-merseburg.de/
Posted by Tom B. at 7:08 AM