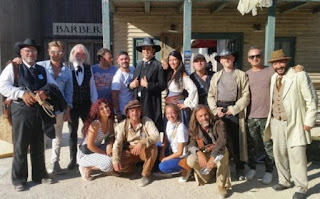 The film just presented in the capital city of Rome is entitled Oro & Piombo, a tribute to Sergio Leone thirty years after his death by the director Emiliano Ferrera, a scholar and expert on "Spaghetti-westerns". An "authentic" film, which has brought back to its former glory a genre that, in Italy and in the world, still boasts a huge number of fans. In the cast, in addition to the protagonist Yassmin Pucci, also, in a delicious cameo, Claudio Gregori, better known as the "Greg" of the comic and musical duo "Lillo & Greg".

The motto of the producer, director and all the professionals who took part in this project was, for the entire duration of filming, "they are all good at making big budget films". Because actually, especially from overseas, films arrive essentially based on "special effects" or spectacular actions that make up for a story low in content. 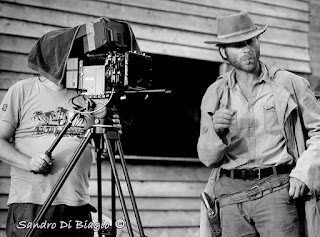 Oro & Piombo instead, a film just presented in Rome, has shown that it knows how to compete, despite the reduced budget, with major international projects, so much so that it has already won the prize for Best First Opera 2019 at the Terra di Siena Film Festival, while the leading actress, Yassmin Pucci, won the "Vincenzo Crocitti" award for best "International Actress in Her Career".

Oro & Piombo tells a true story, that is the story of an expedition that actually took place in the 1800s, between 1870 and 1889, in the wild lands of the west in search of a mythical gold mine called "The Lost Dutchman Mine". A place hidden in the "The Superstition Mountains", of Arizona, where adventurers, treasure hunters and soldiers have lost their lives over the years, all animated by the hope of finding this rich deposit. 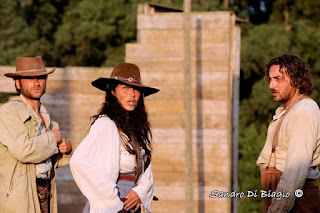 The roughness of the territory is not the only difficulty to overcome to reach the coveted vein: the fierce and bloodthirsty Apaches are guarding the mine, ready to annihilate the enemy with their arrows and ambushes. If many, gradually, give up what seems like an impossible undertaking, there is a woman instead, descendant of the first discoverers of the location and in possession of a map to the mine, which gives her a reason for living.

Her name is Clare Peralta, her aim is not to find gold but to get revenge for what some men did to her family when she was a child. To succeed, she needs an armed escort, for her safety, and an expert guide, capable of leading her along the path revealed by the map. 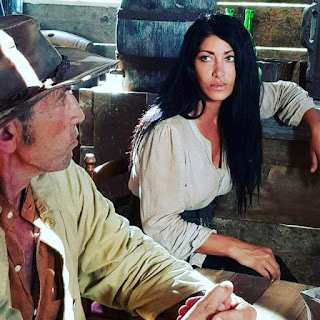 With her a group of men, each with their own intentions, not all good. Will beautiful Clare, but above all motivated by the desire for redemption, get her hands on the gold of the mine and get rid of those who hurt her family?

Emiliano Ferrera with Oro & Piombo has not only tried to retrace the lyricism and style of Sergo Leone, but also that typical language that the American cinema of the past has given to fans of the Western genre with films such as "Little Big Man", directed by Arthur Penn, "Valdez is Coming", a masterpiece with Burt Lancaster, "The Searchers", a film directed by the immortal John Ford. 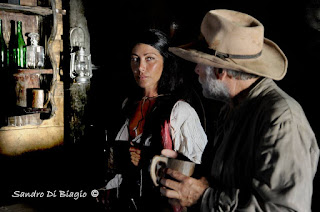 Oro & Piombo could also kick off a television series different from all those proposed at the moment such as legal, medical drama, fantasy: a spaghetti-western has long been missing on the small screen but not for the reason viewers have "fallen out of love". Just think of the success of the infinite replicas of all the Bud Spencer's films, seen and reviewed by the families in full, with the grandparents having fun at the umpteenth television passage together with their grandchildren, for which instead it is the first time. 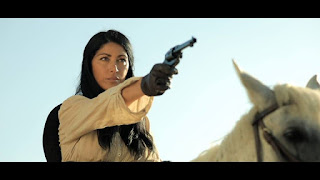 Do not overlook the fact that Oro & Piombo is also aimed at a female audience: apart from the historical "Calamity Jane", the first female gunslinger in history, how long it has not been seen on the screen, large or small, a character like the one played by Jassmin Pucci, or a sort of Clint Eastwood in a skirt?
Posted by Tom B. at 8:10 AM