Voices of the Spaghetti Western ~ “A Coffin for the Sheriff”

I’ll list a Euro-western and the (I) Italian, (S) Spanish, (G) German and (F) French, (E) -English voices that I can find and once in a while a bio on a specific voice actor as in Europe these actors are as well-known as the actors they voiced. 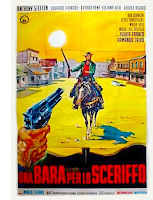 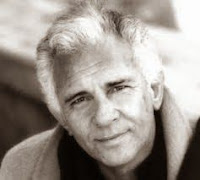 Paolo Ferrari was born Paolo Vitta in Brussels, Belgium on February 26, 1929, his father was at the time the Italian consul in the Belgian Congo, and was in Belgium for a diplomatic mission. His mother, Giulietta, was a concert pianist. He made his acting debut at 9 years of age in Alessandro Blasetti's Ettore “Fieramosca” and he’d go on to appear in over 45 films between 1938 and 2018. He became first known as "the balilla Paolo", a character he played in numerous radio programs for children and teenagers during the fascist era. After the war he studied at the Silvio d’Amico Academy of Dramatic Arts. Ferrari became a voice dubber and was the Italian voice of Humphrey, Bogart Jean-Louis Trintignant as well as many others.

Paolo married actress Marina Bonfigli in 1956 and they were the parents of actor Fabio Ferrari and Daniele Ferrari. He then married Laura Tavanti in 1970 and they had one child Stefano Ferrari.

Paolo Ferrari died in Monterotondo, Rome, Italy on May 6, 2018