Who Are Those Guys? ~ Sven Cleemann 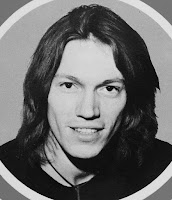 Sven Cleemann started after graduating from the Metropolitan School in 1966 on 7 years of studies at the University of Copenhagen (Medicine, Social Studies, Physical Exercises and Psychology). He entered the world of music and theater and contributed to the musicals "Hair" and "Jesus Christ Superstar" as well as "Touch" at the ABC theater. He also starred in a few episodes of the TV series "The House at Christianshavn" and in the movie "Gold for the Tough Guys of the Prairie". Today Sven Cleemann is affiliated with Denmark's Nature and Environment TV series as coordinator, which is unpaid and he does on a voluntary basis.