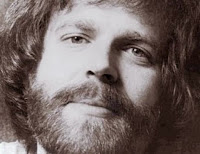 Harvey had a tragic history with women. Harvey's two older sisters, Mary and Ann, both committed suicide, in 1975 and 1978 respectively. These deaths haunted Harvey, helping destroy two longtime relationships: first with actress Doreen Ringer-Ross, who lived with Harvey from 1973–78, and then with photographer/filmmaker Vera Anderson. Anderson and Harvey were married in 1978, shortly after Ann's suicide; they were divorced in 1984. Harvey married again in February 1986, to Deri Rudulph. They remained together until April 9, 1988, when Harvey killed Rudulph with a pistol before turning the gun on himself.