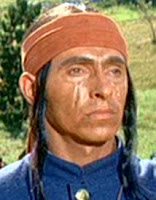 Martin Sagner a Croatian theater, television and film actor known not only in Croatia but also internationally died in Zagreb, Croatia on November 12, 2019. He was 87. Born in Podravski, Novigrad, Yugoslavia on August 11, 1932 Sagner first studied law before attending the Acting Academy in 1955. . He then started acting at the Croatian National Theater in Varaždin and then at the Comedy Theater in Zagreb. He appeared in 32 films and television series from 1961 to 2005. Later in life he entered politics and was the HDZ s representative in the first post-communist convocation of the Croatian Parliament (1990-1992), as well as in the second Croatian Parliament (1992-1995). Sagner appeared in only one Euro-western as Bonoja in 1965's "Old Surehand".