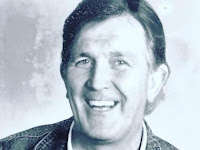 Irish cinematographer Jack Conroy passed away from Alzheimer’s disease at his home in Naas, County Kildare, Republic of Ireland on November 3, 2019. Conroy leaves behind a considerable and highly rated body of work in the sphere of cinema and television, but he will be best remembered for his collaboration with Director Jim Sheridan and producer Noel Pearson on the hugely successful and highly acclaimed movies, ‘My Left Foot’ (1989) and ‘The Field’ (1990). Among the westerns he was a cinematographer on were “The Magnificent 7” TV series in 1998’; “The Last Outlaw” (TV) 1993; “The Cherokee Kid” (TV) 1996; “Blind Justice” (TV) 1994 and the Euro-western “Silent Tongue” 1993 starring River Phoenix.
Posted by Tom B. at 9:42 PM