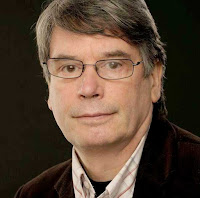 British music and film producer Nik Powell, who was among the Virgin Group co-founders with Richard Branson and became an influential force in U.K. cinema, producing more than 60 titles including Neil Jordan’s Oscar-winning “The Crying Game,” died Thursday at age 69. The cause of death was an unspecified form of cancer, Britain’s National Film and Television School (NFTS) – which Powell headed for more than a decade – said in a statement. He died in Oxford surrounded by his family. Born on November 4, 1950, in the small village of Great Kingshill, in Buckinghamshire, Powell started out running a record shop and was among the founding partners in 1972 of Virgin Records, which became one of the U.K.’s top recording labels before being sold to EMI 20 years later. Powell was a producer on the 2016 Euro-western “Btimstone” starring Guy Pearce and Dakota Fanning
Posted by Tom B. at 1:09 PM