Comin’ at ya!, Victoria Abril and Almeria

It has already been made public that one of those to be honored at the next International Festival of Almeria, will be Victoria Abril, who was in Almeria for the filming of the film “Comin ’at Ya!”, a film that there is so much to talk about, that nothing better than a few lines so you know what I'm talking about. 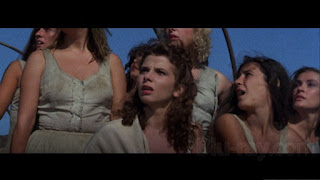 The film is a rarity, you look at it wherever you look at it, to begin with it is a three-dimensional western, which was released in America in 1981 when 3D was in full swing, the fact of buying glasses to watch the movie It was already an unprecedented adventure. This technique lasted and lasted and although there is always talk of a resurgence (3D televisions, etc. ..) the truth is that it does not give much of itself. Occasionally something is projected but it is always a residual fact.

It all begins when two brothers kidnap the wife of H.H Hart, a role played by the taciturn Tony Anthony, and develops into the subsequent search and revenge of the husband. Gene Quintano, Victoria Abril and Ricardo Palacios complete the acting cast, although the true protagonist of the film is the three dimension effect. There are many effects with axes, snakes, guns, etc ... that is the best part of the film, because the plot, the script and the acting quality leave much to be desired, it is a film that has to do with other types of eyes.

The film as such and thanks to the 3D effect was relatively successful, there were not enough glasses for all the spectators who wanted to see it, forcing the manufacture to make many more, and the production and management team thanks to the success they were able to shoot another adventure movie also in 3D, “The Treasure of the Four Crowns, some years later. 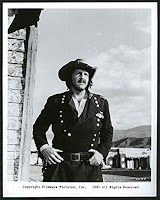 The team formed by director Ferdinando Baldi and Tony Anthony provided a lot of filming in Almeria, since in addition to these films, “Blindman” (with the Beatle Ringo Starr), “Get Mean,” and Baldi alone was also marked “Los pistoleros del Ave. María”, “Texas Adios”, among others.

The life of this movie did not end in that year. At the death of Ferdinando Baldi, Tony Anthony was responsible for promoting new editions of it and so in 2011 it was restored and the Noir 3D effect was added, in which the black and white image serves as a background for a colored foreground , with the object in question that made the 3D effect. A weirder thing still than 3D in 1981.

In 2016, coinciding with its 35th anniversary, it was published on Blu-Ray with two versions, 3D and 2D, with better image and 5.1 sound quality.

About Victoria Abril, little can be said that you do not know, she has continued her artistic career until today, of Gene Quintano as a curiosity we can say that she has had more of a career as a screenwriter since he has written some sequels of “Police Academy” and two films filmed in Almería in the eighties as they are “A Dollar for the Dead? and “Outlaw Junstice”. Two late westerns but with top-notch stars. 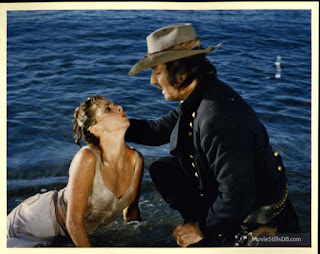