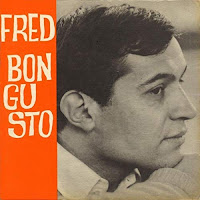 RIP Fred Bongusto. Pop composer, songwriter and musical performer Fred Bongusto died in Rome, Italy on November 9th he was 84. Born Alfred Antonio Carlo Buongusto in Campobasso, Italy on April 6, 1935, he was big in the 1960s and 70s and he had several international hits. He was also very popular in South America, especially Brazil, as well as in his homeland. He composed the soundtracks of many movies too including three Euro-westerns: “Adios Gringo”, Blood for a Silver Dollar” (both 1965) and “Day After Tomorrow” where his composition and singing of “I Have to Kill a Man” became a cult classic among Euro-western fans.”
Posted by Tom B. at 6:55 AM