Who Are Those Guys? Eric Clavering 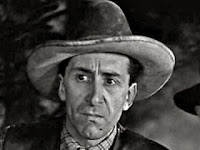 Eric Clavering was born Eric George Simon, on March 15, 1901 in London, England. Clavering moved to Toronto as a child but returned to England to fight during World War I. After the war, he performed in repertory companies in Canada and the music halls in England (alongside the likes of Beatrice Lillie and George Formby). He was also heard in several BBC radio dramas, interviewed soldiers on the air, and appeared in such British films as the Academy Award-nominated 1941 war thriller “The Invaders” (with Laurence Olivier) and the 1943 mystery entry “The Saint Meets the Tiger” and “49th Parallel” in 1941. At some point following the war, he moved to Canada, and appeared in several films, such as “Welcome to Blood City” in 1977, and “Improper Channels” in (1981) for television he appeared on ‘Hawkeye and the Last of the Mohicans’, ‘Hudson Bay’. He is, however, best remembered for his role in the television series, ‘The Forest Rangers’ which ran from 1963 to 1966, and in which he played “Shingwauk.” He also made guest appearances on such television shows as the ‘Littlest Hobo’ (1979 – 1985), ‘Adventures In Rainbow Country’ (1969), and ‘This is The Law’ (1971-1976). Eric, who was married to Marion Gillon, died in Toronto on June 10, 1989 at the age of 88.