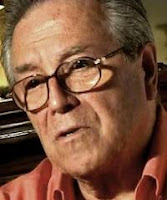 One of Spain’s great voice actor’s Arseni Corsellas died Saturday November 16, 2019 at age 86, according to his son who published his passing on social networks. Corsellas gave voice to iconic characters like JR of " Dallas " and also to actors like Sean Connery or Charlton Heston . Corsellas debuted in the 1950s on Radio Juventud. However, the work that opened the door to dubbing was the performance at the National Radio Invisible Theater. Since then he made more than a thousand dubbing and was the voice of actors such as Michael Caine, Omar Sharif, Albert Finney, in addition to those already mentioned. He also directed almost all the films that were dubbed in the Voice of Spain studios in the sixties and seventies in Barcelona and, in addition, we have also been able to see him perform in films such as "Own Love" by Mario Camus or "The best thing it can happen in a croissant "by Paco Mir. His dubbing for Euro-westerns is too great to cover and list all the films and actors among which are Lex Barker in 1964’s “Last of the Renegades”; Robert Shaw “Custer of the West” (1967); Tomas Milian “Death Sentence” and Yul Brynner “Villa Rides” (1968); Anthony Steffen “Gentleman Killer” and Sean Connery “Shalako (both 1969); Raf Vallone “Cannon for Corsoba”, Fernando Rey “Companieros” and Richard Crenna “The Deserter” (all 1971); Charles Bronson “Chato’s Land” and Jim Brown “El Condor”, James Garner “A Man Called Sledge” Burt Lancaster “Valdez is Coming!” (all 1972); Richard Harrison “Jesse & Lester, Two Brothers in a Town Called Trinity”, Stephen Boyd “Those Dirty Dogs” (both 1973); and Robert Mitchum “Dead Man” 1996.