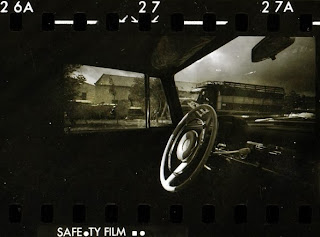 We continue our search for “Return of the Seven” film locations. After talking to Petra Chris tells Vin to take her and the boy to his room so they can sleep while he goes in search of men to help in locating Chico and the kidnapped villagers. Short on time he decides to visit the local prison and pay the guard for release of two prisoners, Frank, a gunman jailed for killing four men in a gunfight, and a condemned outlaw named Luis Delgado. Later he finds an old friend Colbee, a womanizer, on the run from a jealous husband. Including himself and Vin, Chris now has five guns. The two visit a cellar near the plaza where a cock fight is taking place and they encounter Manuel, the young matador from earlier in the day. He joins the group and along with the captured Chico they are seven.

The cockfight scene was filmed at Bodega La Escandella outside of Agost.

behind the scenes photos and stories, highly recommended.]
Posted by Tom B. at 6:33 AM