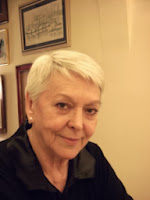 Nieves Navarro García was born on November 10, 1938 in Almería, Andalucía, Spain. She then moved with her family to Barcelona. She then started as a model in advertising and fashion, and became famous thanks to television commercial work and then with appearances on Spanish TV shows.

In the 1980s she tried to return to Spanish movies with titles like “Miele di donna” (1981) , with Fernando Rey, but without the expected success.

She recently returned to Spain, settling in Barcelona with her husband. Navarro appeared on the Spanish TV program ‘Cine de barrio’, presented by José Manuel Parada. Here she and the singer Peret, who starred with her in the 1969 movie “Amor a todo gas” reminisced about the film, and talked about her career as a model and actress. With her husband she participated in a tribute to the giallo held in Barcelona.

Today, in my opinion, we celebrate the sexiest actress of the Spaghetti western genre’s 75th birthday.