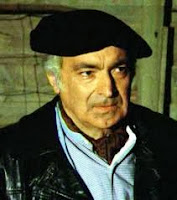 Actor Al Ruscio died yesterday in Los Angeles, California, November 12, 2013 surrounded by his family. Born in Salem, Massachusetts on June 2, 1924, Ruscio spent most of his acting career playing character roles. After graduating college he moved to New York City and trained for two years at The Neighborhood Playhouse School for the Theater. He played many roles in New York and in summer stock, including co-starring with Steve McQueen and Kim Stanley among others. His first work in live television came in New York City. He moved to Los Angeles in 1958. His first role there was Tony in “Al Capone” (1958) with Rod Steiger. He then appeared in many television shows including ‘Gunsmoke’ (1958), ‘77 Sunset Strip’ (1959), ‘Bonanza’ (1960, 1961), and in ‘Peter Gunn’ (1961).