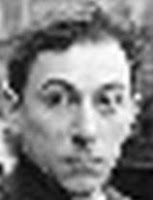 Guy Vincent Casaril was born on November 1, 1933 in Miramont-de-Guyenne, Lot-et-Garrone, France. Little is known or has been written about Casaril. He was a French film director, screenwriter and actor whose best films as a director include “L'Astragale” (1969), his only Euro-western “Les Pétroleuses” (The Legend of Frenchie King”) (1971) for which he also wrote the screenplay and “Piaf” (1974), and whose best work as a screenwriter include “L'Astragale” (1969), “Le rempart des Béguines” (1972) and “Piaf” (1974). Casaril died on May 3, 1996 in Chapel Hill, Australia.

Today we remember Guy Casaril on what would have been his 80th birthday.