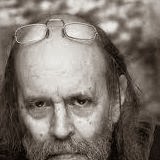 Film actor and voice dubber extraordinaire Ted Rusoff died in a Rome hospital on September 28, 2013. Ted was hit by a car in early September and died from complications of the accident. He was 74. Ted and his wife Carolynn de Fonseca, who died in 2009 were long time English voice dubbers in Rome. Ted was the voice of Klaus Kinski in the 1971 Euro-western "His Name was King" with Richard Harrison and again for Klaus in "Showdown for a Badman" also 1971. Born in Winnipeg, Manitoba, Canad on May 20, 1939, he and his wife had been residents of since the late 1950s. Ted had a Facebook page and was always answering my questions on voice dubbers. He will be missed
Posted by Tom B. at 4:05 PM