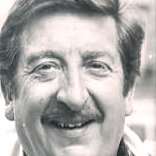 French actor Pierre Tornade, whose Gallic mustache lived on French screens from 1960 to 1990, died at 82 Wednesday morning March 7, 2012 as a result of an accidental fall, said a relative. "Pierre Tornade died this morning at 7 o'clock in the Rambouillet hospital after several days in a coma," said the actor Michel Melki, who released the word from Tornade’s daughter.
The Bacchae and Gallic-accented Pierre Tournadre Correze was a constant presence in French films for four decades. Among his most famous roles he appeared as Police Commissioner in the television series “Nestor Burma” (1991-1998).  Audiences will remember Pierre in “The Gendarme in New York” (1965), “The Night of the Generals” (1967), “The Seventh Company” (1973) as Captain Dumont “Je sais rien mais je dirai tout” (Don’t Know Anything but I’ll Tell All” (1973) directed by Pierre Richard, “Arrête ton char... bidasse! (1977). He appeared as a character actor in many French films but also worked in vaudeville appearing in Feydeau and Labiche. Tornade was also a voice dubber and his voice was heard in many films including Obelix and Vitalstatistix and as the voice of Averell Dalton is four Lucky Luke films and TV series.
Posted by Tom B. at 7:09 AM