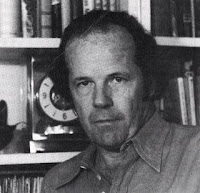 It’s long been thought that director, screenwriter Warren Kiefer was a pseudonym for Italian Lorenzo Sabatini. Kieffer wrote the screenplays for three Euro-westerns: “Sunscorched” (1965), “Beyond the Law” (1967) (co-writer) [as Lorenzo Sabatini] and “The Last Rebel” (1970). New information by writer Roberto Curti has been turned up that refutes this. In an article Warren Kiefer – The Man Who Wasn’t There written for Off Screen Volume 15, issue 12, Curti states:
“Warren D. Kiefer was born in New Jersey in 1929. He was educated at the University of New Mexico, and the University of Maryland, where he also served on the faculty. His longtime friend Paul C. Mims recalls: “Warren and I first met in the autumn of 1949. We were students at the University of New Mexico, Albuquerque, I a 26 year old grad student from the University of Wisconsin, he a 20-year old under graduate from the Chicago suburbs. The Kiefer I knew was 20 years old, of medium height; say about five-foot eight inches tall, weighing approximately 160 pounds. He had a well-muscled frame. His hair was light brown, close cropped but given to being wavy. Although not a rich boy he was from the upper middle class and used to the “good life”. Even as an under graduate he had extravagant tastes for food, liquor and girls. One of the great dilemmas in his life was how to combine both the “good life” and the artist’s bohemian life style. You see, one part of Kiefer, although quite capable of performing in the world of public relations and advertising, loathed its suffocating, mundane ethos. [1] [1 This and the following excerpts come from the author’s email interviews with Paul Mims, July-August 2010. Mr. Mims kindly provided his private correspondence with Kiefer, which is referred to where noted.]
So, how did all this happen? How did Warren Kiefer disappear, and let Lorenzo Sabatini take over? It’s a story that deserves to be told.
Funny enough, Kiefer’s tendency to use pseudonyms was evident since his very first novel. In 1958 Random House published Pax, written by “Middleton Kiefer,” an alias for Warren and his colleague Harry Middleton. But after his first novel Warren apparently dumped everything – wife, child, job, the lot – and made a run for the Promised Land.
Kiefer’s Promised Land turned out to be Italy. He relocated to Rome, where he carved himself a niche in the boiling cauldron that in those days was Cinecittà. Due to production facilities and costs, the so-called “Hollywood on the Tiber” became a powerful magnet for big time production and small ones alike, paving the way for a US-based community that savored the delights of “La Dolce Vita” and tried to make some money in the process. Kiefer had soon married again to a beautiful Argentinian woman. His former self – Kiefer the businessman, trying to make ends meet and struggling to be a writer – had been left behind, and so his first wife and son. The new Kiefer, writer and filmmaker, was born. So, why did Mr. Warren D. Kiefer, U.S. citizen, disappear from sight and become Lorenzo Sabatini? The name was made up by Kiefer, paying homage to Italian mannerist painter Lorenzo Sabatini (1530-1576). It was economically convenient for Warren to pass as an Italian, and for his films to receive subsidies according to Italian cinema laws.
By 1972 Kiefer’s film career was in the past and by 1972 he had written his second novel The Lingala Code this was followed in 1976 with The Pontius Pilate Papers and in 1977 The Kidnappers was set in Argentina where he had now relocated. He would spend the rest of his days in Buenos Aires, where he wrote three more novels. Aside from the sparse clues to be found on these first editions, no other information is known about Kiefer’s late years. It’s reasonably sure that he passed away in early 2000s, in Buenos Aires, but to this day I was not able to find when and how in local newspaper’s archive. It’s quite a fitting ending, after all: like a character from his novels, Warren D. Kiefer just disappeared, behind a riddle of red herrings and quite a lot of people believing he was someone else. He would have loved it.” – Roberto Curti
The entire article by Roberto Curti can be found using the following link: http://www.offscreen.com/index.php/pages/essays/warren_kiefer
[Triggering my curiosity, I took Robert’s information and found from the New Jersey 1930 census that a Warren D. Kiefer was born in Rochelle Park, New Jersey to Harold B. Kiefer 27 and Margaret M. Kiefer 24 and from an article on Google Argentina that he died in Buenos Aires in 1995 and that his middle name was David. - Tom Betts]
Posted by Tom B. at 5:45 AM